The Woman Not Playing The Woman Card

For Juliet Bawuah, putting in the work and making sacrifices to improve one day at a time is all that matters. For this game changer, playing the Woman Card is a non-starter.

Australian Liz Mills is a game changer and a trailblazer on the African continent. As Head Coach of the Kenya Senior Men’s Basketball Team, she became the first woman to lead a men’s team to the FIBA African Nations Basketball Championship (AfroBasket) after guiding the East African nation to its first AfroBasket appearance in 28 years. Her players call her Liz or Coach Liz and those who call her “ma’am” do pushups as punishment, she revealed in an interview. Coach Mills is definitely not playing the woman card in her line of work. Tucked away in one of the many office spaces of Media General in Ghana’s capital, Accra, a young woman is changing the game, shattering the mould and not playing the woman card.

Nollywood Reinvented (NR), a movie review website based in Nigeria, rated it 4 out of 5 stars and added “Say what you may against the movie, you cannot deny, however, that this was an interesting story.” The movie in play here is Princess Tyra and aside bagging a high rating from NR and two awards at the 2008 Africa Movie Awards, it was also the start of an interesting journey for Juliet Bawuah who is at the top of the tough Sports Journalism industry.

A classic tale of love, betrayal and power set in an opulent Ghanaian setting fit only for royals, the movie is still considered as one of the best made at a time Ghana transitioned into a new age of acting. Lighting up the screen were veterans Rama Brew and Kofi Adjorlolo flanking the most in-demand actors at the time Jackie Appiah and Van Vicker.

It also proved to be Yvonne Nelson’s launch into stardom as the success of Princess Tyra made Nelson the hottest prospect in Ghanaian and Nigerian movie circles. Lost in the mountain of praise and awards for Princess Tyra including Best Costume and Best Make Up category win at the 2008 Africa Movie Awards is Media General Head of Sports Juliet Bawuah’s mainstream screen time debut.

Playing the minor role of a royal escort, Juliet was one of the ladies who wore some of the award-winning costumes in the very likable movie. “It (acting) wasn’t really anything serious,” Juliet says giggling the whole time. “There was a short stint in modeling too. Getting into acting was more or less a step to get somewhere and that’s exactly what I did”.

A lead role in sports journalism, an industry Juliet describes getting into as “not an easy decision because you have absolutely no idea what to expect, how people are going to treat you especially when you are a woman”, was the next step for her. How Juliet journeyed from an upstart in the very competitive industry to Media General’s Head of Sports required four traits from the Cardiff University Masters Degree holder; “passion, knowledge, resilience and consistency”.

Juliet’s passion and resilient traits were highlighted in her decision to carry on as a sports journalist in the face of relentless criticisms and name calling during and in the immediate aftermath of the 2010 FIFA World Cup in South Africa. She was able to overcome the overzealous naysayers however, by keeping her head down and plunging deeper in perfecting her craft. “The only way you can turn negativity into positivity is to let your work speak and I decided that I will do less of the talking and let my work do more of the talking, so it’s been like that till now.

Juliet interviewed FIFA Boss Gianni Infantino in Mauritania and worked in Congo for two years where she interviewed then Presidential Aspirant George Weah ahead of Liberia’s National Elections. Weah was elected President after a runoff and sworn in as President of Liberia in 2018 after bossing world football with his immaculate, supreme skills on the pitch during his playing career.

Having worked at CITI FM, ETV Ghana, Metro TV and Goal.com and gathering skills that made her versed in all phases of media work including script writing and editing along the way, Juliet moved to Congo to work for Euronews’ sister station in Africa – Africanews.

“In all of those months, I knew I wanted a new challenge. My mother didn’t understand why I had to go to Congo. And it wasn’t just because of the money. Fine, the money was good, but when I went there, the experience was humbling because you are in a newsroom with so many colleagues from around the world – Senegal, Cameroon, Guinea, Gabon…everywhere. So you get to adapt to doing things differently because you pick off the many people you have to work together with. It was a good experience.”

Juliet and her Media General team live by the tenet that journalism has gone beyond just doing the everyday stories. She explains that she and the team look at journalism as “using our voice, influence and power – as a medium – to impact the lives of people and to project the right things.” This has led to the production of highly praised documentaries on a goalkeeping marvel in Nsawam Prisons, the first female footballer to play with a Hijab in Ghana’s top-flight Women’s League, and Tamale’s rapid development in football under the tutelage of former national hero, Mohammed Gargo by the Sports Department.

On a personal level, belief in using media platforms to impact lives led to the creation of the African Women Sports Summit that has in the past couple of years brought together lead female sports journalists and Executives from the continent to promote greater female inclusion in the industry. Since its inaugural summit in 2019, FIFA Secretary General Fatma Samoura, South Africa’s Carol Tshabalala, Uganda’s Usher Komugisha and Ghana’s Nana Aba Anamoah have spoken on topics such as “Starting Out and Surviving Stereotypes” and “Making the Decision: Specialise or Not”.

Knowledge is power and knowledge of the industry’s disciplines is the key message the Summit delivers and preaches. “You might have the passion but if you don’t have the knowledge, it doesn’t work. The passion should be there, fantastic, but you have to have real knowledge about the game. That’s the only way when you get up in a room full of men, full of 1000 sports journalists they won’t say you are a female sports journalist. They will say you are a sports journalist because when you get up to speak, the knowledge radiates by itself. That’s where we want to get to.”

2020 was a hectic year for all the wrong reasons as the coronavirus pandemic bottled human living as we know it. Moreso for Juliet, as more responsibilities piled on her plate with her climb up the ladder in Media General and her appointment as Berekum Chelsea’s Brand Strategy and Relations Manager a few weeks apart in the latter half of the year.

Premier Football League side, Berekum Chelsea is one of the better run teams in Ghana’s top tier men’s club football competition, but Juliet who isn’t satisfied with what was done before is hell bent on doing things differently because “it can be better”.

Basketball legend Allen Iverson’s greatness wasn’t limited to his production on the court. His legendary quotes embellished his greatness. While his infamous post game conference “practice” rant is bound to stay with him forever, his “I play every game like it’s my last” statement will live long after he is gone. Juliet has the same mentality. “I’m looking at giving off my best in the role that I’m in. I always say that everyday should be like your last day of work. So, if you are on air presenting, you have to work like that is your last day of work.”

For Juliet Bawuah, putting in the work and making sacrifices to improve one day at a time is all that matters; for this game changer, playing the Woman Card is a non-starter.

Yaw Adjei-Mintah is a sports journalist who was born and raised in Sekondi- Takoradi. He’s a product of St. Augustine’s College, Ghana Institute of Journalism and University of Cape Coast.

Pleased To Meet You 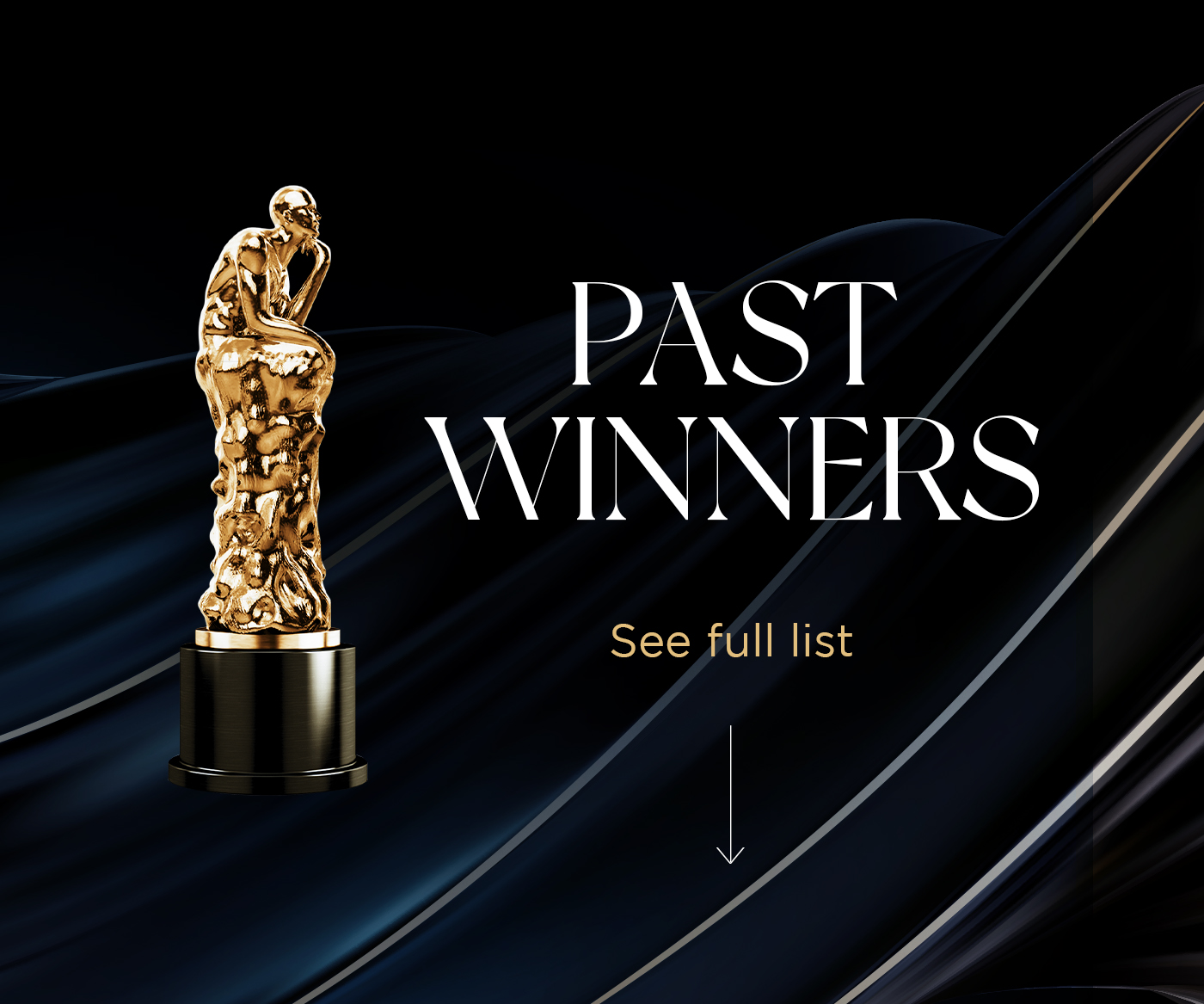